The profitability of dairy farms has been put under pressure due to volatile milk prices and increased feed costs. For a long time, the importance of raising a calf was underestimated. However, for some years the value of a heifer with the calving age of 24-27 months and a high lifetime performance are undisputed. The main challenge with growing calves is the occurrence of diarrhea. Antibiotic treatment does not always cure but puts pressure on the natural defense system. Novyrate® Calf has been developed as a gut conditionner to strengthen the innate immune system for a calf’s long term development.

Pathogenesis of bacterial infections may partially differ from viral infection:

Calves are threatened by infections over the whole rearing period. Depending on the pathogen, diarrhea occurs at different weeks of life. Often, infections are not treated because antibiotics do not work against viruses or bacterial infections are overseen. Antibiotic treatment can be very efficient if it fits the target bacterium and if dosed in the right quantity. Unfortunately, all antibiotic treatments influence the natural microflora dramatically. The natural gut defense system is affected for several weeks or months thereafter.
The initial step of viral and bacterial protection is a strong innate defense system. 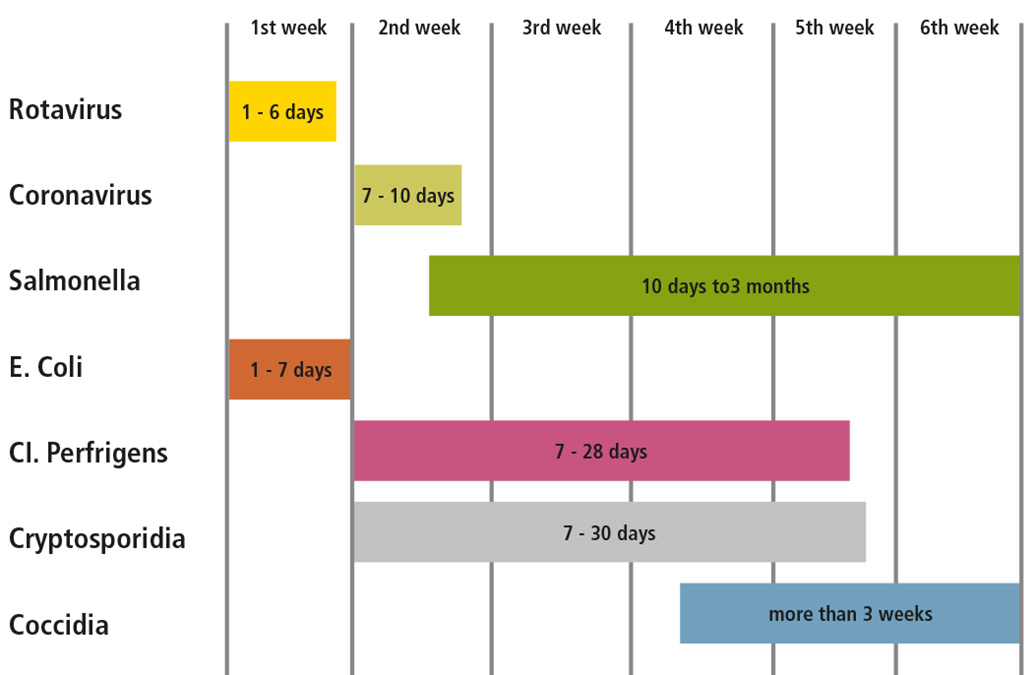 With an understanding of the pathophysiology of diarrhea, Innovad® Laboratories developed an oral paste that strengthens the barrier function, treats diarrhea and supports faster recovery.

Is a unique gut conditioner to prevent and hasten relief from diarrhea. Gut health management re-directs available energy and protein from inflammation processes to growth and rumen development.

To effectively rescue the animal
from the negative effects of diarrhea,
Novyrate® Calf was formulated
by Innovad® Laboratories
to address the different
pathophysiology of diarrhea.