The first 24 hours following birth represent a critical period in the life of a pig. A neonate piglet’s survival is a major problem especially during the first days of its life. Piglets are born deficient of energy.  At the same time the requirement for energy is high because of its intense physical activity, and for its thermoregulation (high surface to body mass ratio).

Moreover, with highly prolific sows, piglets have to compete with numerous and variable littermates for a teat to suckle. Deviations in a piglet’s body weight at birth associated with increased litter size, sow nutrition and management, together with other factors, lead to a high pre-weaning mortality, especially during the first days of a piglet’s life. Pre-weaning mortality (PWM) remains an unsolved economic and welfare problem in pig production.

Many attempts have been made to identify the cause and key factors in PWM. Starvation leading to hypoglycemia, diarrhea and crushing are generally reported as the main direct cause of mortality. Additionally, exposure to cold after birth increases the energy requirement and makes the problem worse. By giving the animal its first day energy, it is able to tolerate cold, find and compete for nipples with littermates and be more reactive (reduced chance of crushing.) 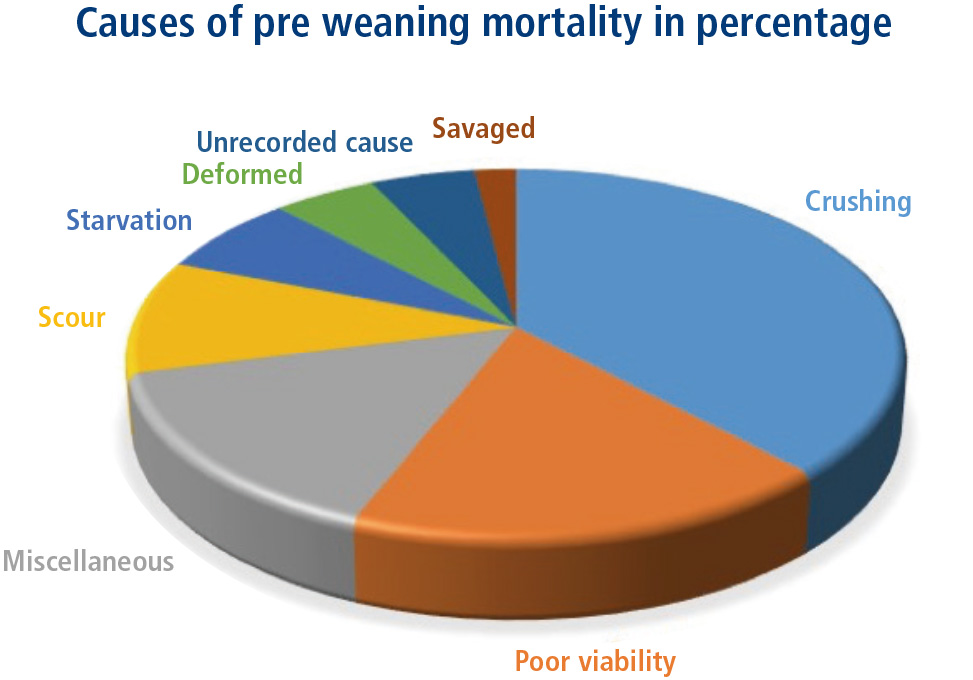 The energy demand of piglets to avoid hypothermia in the first postnatal 24 hours, can be avoided through external nutrient sources. It will also allow piglets to have better access to colostrum, which plays an essential role in piglet survival.  Protein rich and energy filled nutritional supplements given during the first 24 – 48 hours post farrowing may allow utilization of colostrum to potentiate the immune response in piglets and the acquisition of passive immunity. This in turn improves the vitality of piglets and reduces pre-weaning mortality. 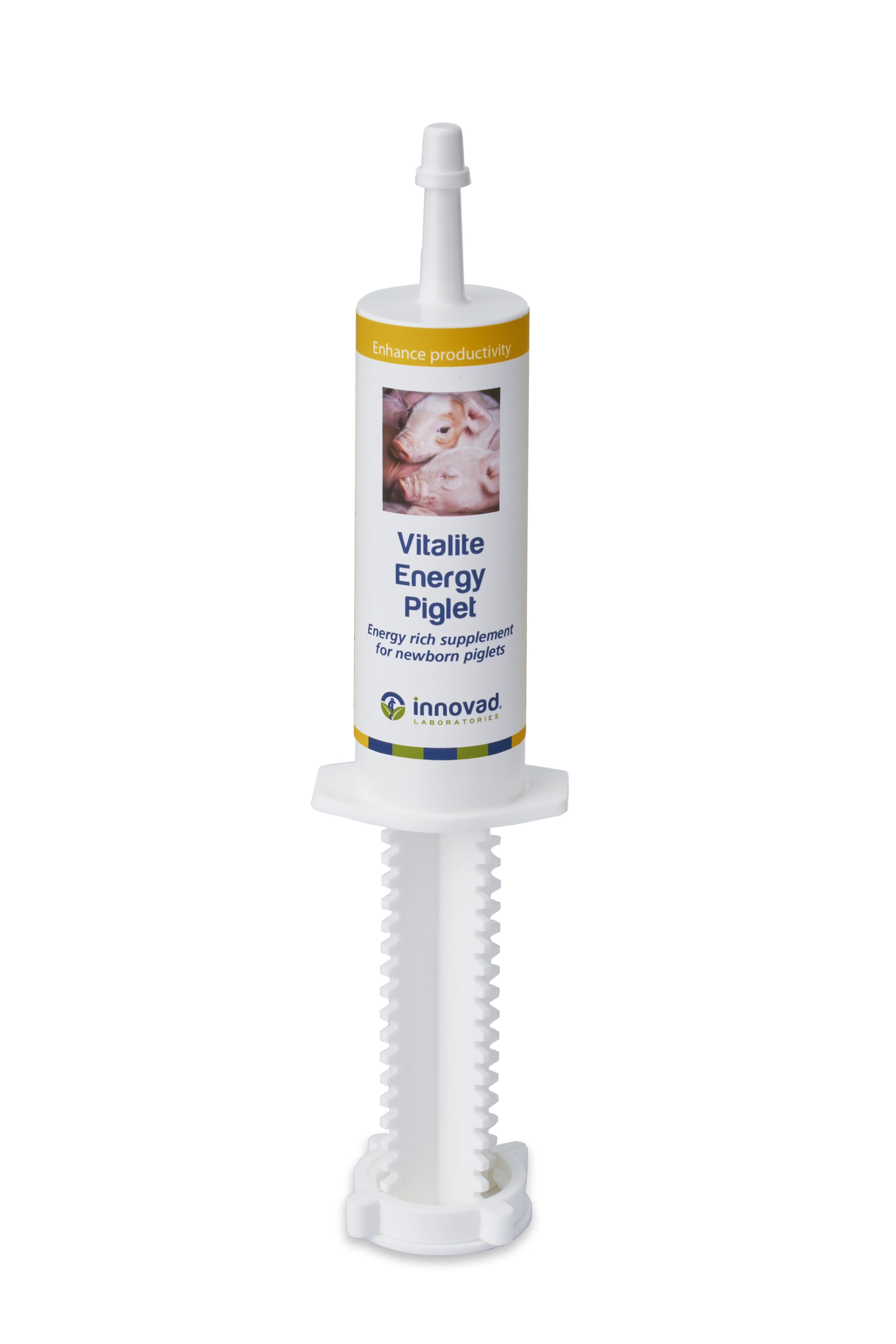 Is a unique nutritional combination to increase a piglet’s vitality and as a consequence its chances of survival. Every single dose will supply essential active components.

Availability of carbohydrates as glucose sources should be first met to determine if the piglet’s life is threatened. Preventing hypoglycemia is the first priority in ensuring the life of the animal. Hypoglycemia leads to depressed heat production and compromised cerebral function. This is indicated by convulsion and coma.

Fat is a high density source of energy for the animal. A deficit in fat in first day of life reduces the period for which glycogen reserves can last. This will accelerate the use of carbohydrates and increases the chance of hypothermia.

A good balance of energy sources is needed to achieve a more secure 24 hours of piglet life.

Amino acids, vitamins and minerals are essential elements in early support and development. They provide the sufficient amount of needed nutrition for vitality and good immunity.

Are semi-essential nutrients that are hard to find in animal diets. Supplementation of nucleotides plays a key role in many biological processes.

They are essential for neonatal animals when the endogenous supply is not sufficient.